I’ll be the first to admit it – I’m a sucker for movies with Tom Hanks and Meg Ryan.  No, I’m not talking about “You’ve Got Mail” or “Sleepless in Seattle”…I’m going waaaay back to the 1990 cult classic “Joe Versus the Volcano”.

Poor Joe Banks, played by Tom, develops a terminal “brain cloud” from years of slaving away in a windowless work place - the flickering fluorescent lights casting a sickly blue-green hue as the electric ballasts hum and buzz.

Just a few problems here.  Natural light also brings with it intense heat and blinding glare, often resulting in blinds being drawn by those near the window, robbing all other occupants of the light’s benefits.

Last year 3M introduced a product to solve the dilemma; a light redirecting film that is placed in the upper portion of exterior windows.

To most it looks like little more than frosted glass.  Instead the film has a series of micro-prisms that optically diffuse and redirect 80% of the daylight upward, washing across the ceiling and throwing natural light deep into the building for the benefit of all.

Maybe…just maybe…if Joe had worked here, he wouldn’t have jumped into that volcano! 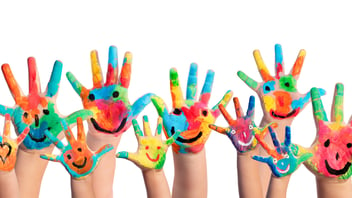 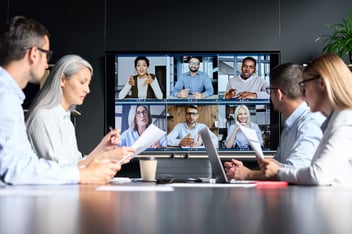