Lumber Prices Fall. Is Your Healthcare Facility Out of The Woods Yet?

The lumber bubble has finally popped – tanking over 40% in June alone! But we aren't out of the woods just yet...

“It was a bubble, but it is still double where it was pre Covid,” said Peter Boockvar, CIO at Bleakley Advisory Group. Still, Boockvar believes just because the lumber bubble might have burst, it doesn’t mean the threat of inflation isn’t real.

This begs the question: what is causing all this volatile in the first place? Over the last year, lumber prices have skyrocketed with oriented strand board jumping over 250% since March of 2020! One single sheet of OSB used to cost around $8 back in March of 2020. Near the market's peak, it was worth over $60 per sheet! Raw materials for a 200-square-foot deck were as expensive as $3,600 – more than four times the price just two short years ago!

These price fluctuations have had a significant impact on the average price of a Healthcare Facility. Granted, there have been tons of shortages across the board. But few of these shortages have affected Healthcare facilities quite like lumber.

Decades in The Making.

Some are calling these events the "perfect storm of supply and demand."

Believe it or not, the variables for this exact situation were being set into motion for over a decade prior to COVID-19. This story began back in 2007 when homebuilding (the largest consumer of lumber) came to a startling halt. This caused demand for lumber in the United States to fall a staggering 49% – putting over 30 large mills out of business and dramatically slowing the import process.

While the United States was suffering from halting demand after the Great Recession, Canada (a major supplier of lumber) was having problems of their own. It started with an infestation of bark-eating beetles which pillaged 44 million acres of forestland. This killed 60% of British Columbia's salable pine!

This was followed some years later with devastating wildfires which destroyed another 6.2 million acres of would-be lumber. Loggers were able to salvage most of the damaged wood, but the faster rate of cutting caused a long-term shortage.

By April 2020, in anticipation of shrinking demand, sawmill operators had cut back output capacity by 40%! But something strange happened: Demand for lumber didn't go down – it went up! Record low home interest rates, stimulus cash, and more time at home led to a boom in home remodels and new construction, ratcheting up lumber demand. Sawmills simply could not keep up with demand!

On top of this all this, the National Association of Home Builders (NAHB) reported that contributing factors also included a serious lack of certified semi-truck drivers to haul lumber, as well as many people spending their time building decks, repairing fences, and other DIY projects during lockdowns.

While lumber prices are finally dropping, they're still nearly double what they were prior to COVID-19! Investor Peter Boockvar, CIO at Bleakley Advisory Group has pointed to the CRB raw industrials index, which is at a 10-year high right now. It tracks materials that don’t trade on a futures exchange which paints a clearer picture of actual supply and demand – not the behavior of speculators.

The Healthcare industry is breathing a sigh of relief as prices finally drop, and there’s nothing wrong with that! However, it may be wise to stay cautiously optimistic. Analysts are still split on when (if ever) prices will return to more normal levels. There is one thing we know for sure: if you happen to have a large pile of wood in your shed, now's probably the time to cash in! 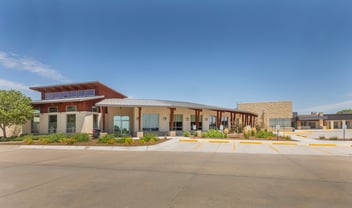 Addressing The Challenges Of Rural Care With Design

There are 2,000+ rural hospitals spread across the United States, and more than 20% of them are... 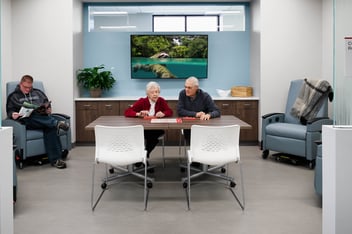 Generating a Sense of Community in Your Hospital Design

Have you ever found yourself sitting in a hospital with heightened emotions? Many people have....